End emotional eating , lose weight, love what you see in the mirror

As womxn, we focus so much on whats wrong with ourselves and not whats wonderful about ourselves. Love your body love yourself. I will take you from from “Urgh I don’t like this about me” to “Oh my I am beautiful, desirable and so worth it.”

When I was younger, all the girls in school looked better then me, I thought. All the women in fashion magazines were all beautiful and skinny. I am wanted to emulate them. I thought that was what I was supposed to look like.

I came from a home that didn’t have a lot of love in it. I was constantly told I was a fat pig, disgusting, unlovable, undesirable that I eventually believed it and repeated that in my head over and over. I tried everything to look and feel different. I was also in the closet for being gay and didn’t have any stable, supporting outlets to turn to, being I live in a religious household.

I struggled with emotional eating, anorexia. I would shove multiple diet pills down my mouth. I would wear rubber bands on my wrists and would snap them every time I reached for food. I would eat and eat and then take laxatives to get it all out.

I also tried every diet pill, every diet fad there was. You name it, I tried it. Some would work and some wouldn’t. The fix was always temporary. The weight would come back and then some.

As a teenager I was a little heavier than most kids. And I didn’t like it so I would starve myself and then I would binge eat. By the time I was in my twenties, I was almost 300 pounds. I was so afraid of myself, my potential, who I was, the body I was in, that I ate and created this barrier around me.

I struggled so much I did things to my body that were so hurtful and painful. I was constantly stressed. I struggled with anxiety, depression, I had so much angry and sadness in me, it was overwhelming, so I ate.

By the time I was 26, I was told by a doctor that if I didn’t lose the weight I wouldn’t live to see my son turn 5, he was 2 at the time. I had high cholesterol, high blood pressure and I was border-line diabetic. A friend had recommended I Weight Watchers and in 13 months I lost 105 pounds.

However I still continued to yo yo diet even after that. Some weight would come back on and some I would lose again.

I still maintained that mindset of not worthy, not good enough, not loving myself. And continued on the cycle of depression and anxiety. 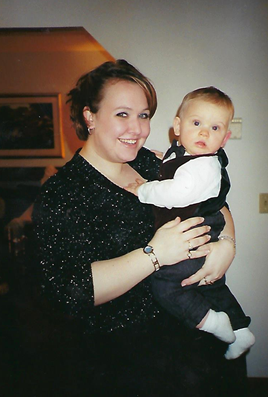 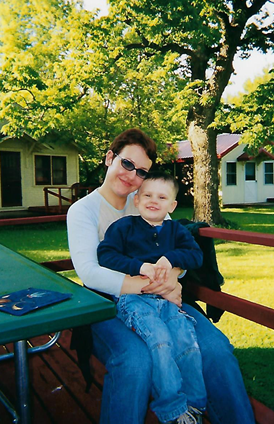